Take a walk down this 2.9 km lightly trafficked loop trail along the Birdtail River in Birtle.  The trail is good for all skill levels and is primarily used for walking, nature trips and bird watching.  Along this trail you will also pass through the Birtle Park, beach area and see some historic lime kilns.
View on AllTrails
LIME KILNS

Birtle is in a relatively stoney area, and many of the buildings in the town made of stone were locally sourced. Lime’s adhesive qualities made it a key ingredient in cementing these stones together. Limestone, too, is prevalent in Birtle, but to get lime from it, it had to be heated to very high temperatures. The lime produced in Birtle was also used for whitewashing. There were two important producers of lime in Birtle’s early years, John Haines and John Shepherd, who supplied a wide area. Both had kilns on their homesteads, but in 1895 John Shepherd moved part of his operation into town. The Shepherd kilns fell into disuse, but in 1993 an effort was made to clear the area and commemorate them as a point of interest on a riverside walkway. Other traces of Birtle’s lime producers include stone buildings still standing in Birtle, such as the Shepherd house itself on the southeast corner of Main and 9th Streets. 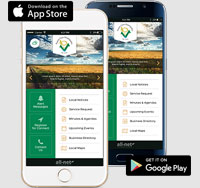